What is CBD ? – Extensive and clear explanation of CBD (Cannabidiol) CBD is the abbreviation of cannabidiol and, like THC (tetrahydrocannabinol), is an extremely important component found in cannabis (in both hemp and cannabis plants). This component, which belongs to the so-called cannabinoids, has an extensive range of useful and very effective properties and has a beneficial effect on the health of both humans and animals. However, CBD does not allow the user to experience any stoned or high feelings. The cannabinoid THC is fully responsible for this. The fact that cannabidiol can not cause a psychoactive effect is a very big advantage for many people. All daily activities can be continued without problems. CBD is even able to reduce the psychoactive effect of THC. You will therefore become less high of a THC-rich product if a CBD-containing product is also taken. Although cannabidiol is completely unknown to many, it is not a recently discovered substance. CBD was already isolated from cannabis in the year 1940. More than 20 years later, in 1963, the Israeli chemist and professor Raphael Mechoulam, together with his colleague Yuval Shvo, was able to map out the correct structural formula of cannabidiol. In recent years, however, it has only become clear that CBD has a lot of positive influences on our body, as a result of which CBD oil has risen to unprecedented popularity in a short time. 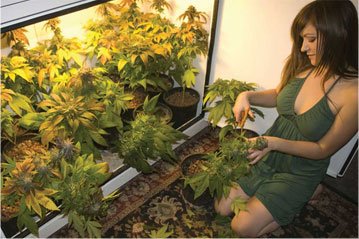